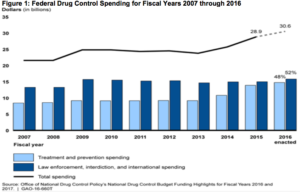 Policymakers, health care providers, and the public are concerned about the nation’s current drug epidemic and its effects, as drug overdose deaths surpassed auto accidents as the leading cause of death or injury in recent years.

The U.S. Government Accountability Office (GAO) reports that the ONDCP and federal agencies have made mixed progress toward achieving the goals articulated in the 2010 National Drug Control Strategy (Strategy) and ONDCP has established a mechanism to monitor and assess progress.

In the Strategy, ONDCP established seven goals related to reducing illicit drug use and its consequences by 2015. As of May 2016, analysis indicates that ONDCP and federal agencies have made moderate progress toward achieving one goal, limited progress on three goals, and no progress on the three other three goals.

Overall, none of the goals in the Strategy have been fully achieved. In March 2013, GAO reported that ONDCP established the Performance Reporting System to monitor and assess progress toward meeting Strategy goals and objectives.

GAO reported that the system’s 26 new performance measures were generally consistent with attributes of effective performance management. A 2015 ONDCP report on progress towards these measures similarly identified some progress towards overall achievements—some of the measures had met or exceeded targets, some had significant progress underway, and some had limited or no progress.

Federal drug control spending increased from $21.7 billion in fiscal year (FY) 2007 to approximately $30.6 billion in allocated funding in FY 2016 as shown in figure 1.

However, federal spending for—treatment and prevention has steadily increased from FY 2007 through FY 2016 and spending in these two programs went from $8.4 billion in FY 2007 to $14.7 billion allocated in FY 2016. 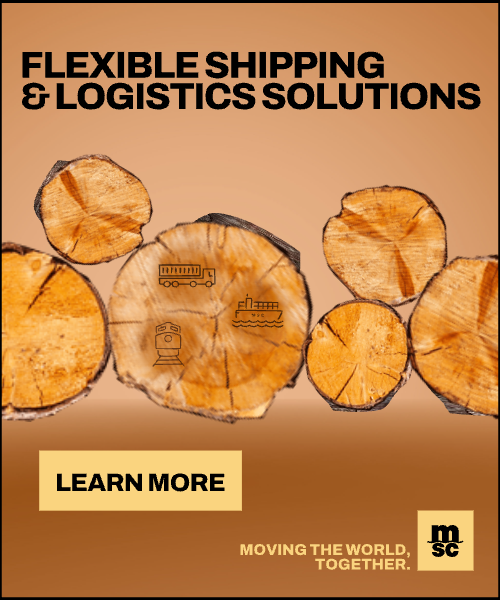 CNC Factory’s 5th Generation Technology not only does all of the critical thinking, but it also eliminates manual lifting of parts. Compact yet powerfully productive. Technologically advanced, yet … END_OF_DOCUMENT_TOKEN_TO_BE_REPLACED

With the patented Flexpro function, the new Omnidry range of vertical ovens from Cefla provide a passage height that can be automatically varied on the basis of piece height. The range is not only … END_OF_DOCUMENT_TOKEN_TO_BE_REPLACED

Wood feature walls from Goodwin Company are offered in river-recovered heart cypress for both residential and commercial spaces. The ease of installation and maintenance is said to be attractive … END_OF_DOCUMENT_TOKEN_TO_BE_REPLACED

When connected to a single stage dust collector, the Super Dust Deputy attachment line from Oneida Air will eliminate filter clogging and suction loss by removing 99 percent of dust and debris from … END_OF_DOCUMENT_TOKEN_TO_BE_REPLACED